The lively and the alive 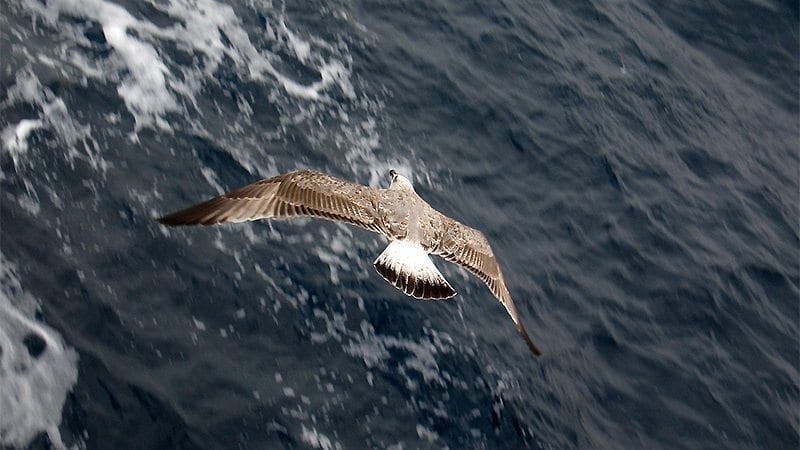 With their snapping selfies, genuine or fake holiday ease, chatter-filled cigarettes and sodas, the other passengers had driven me to the stern of the ferry. The roar of the sea under the muffled thrashing of engines elicited in me an admiring ‘technical thrill’, perpetuated by the skillful assembly of these massive, yet graceful metallic structures. A mournful shriek drew my gaze.

I’d heard it before. Others followed and, as if the sky had given birth, hundreds of seagull wings blazed the patch of sky above the eddies.

The dogged noise of machinery faded suddenly, and their flight settled like a caress on the foamy wound. Finally, as the sky reclaimed his children, one by one, I felt the toil of the propellers under my feet again, and the lively voices on the deck grew stronger. Life had just paid us a visit.