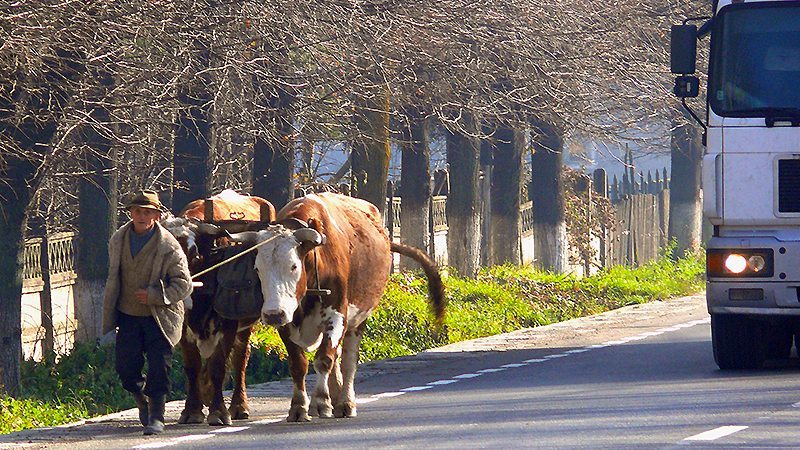 A patriot must always be ready to defend his country against his government.
(Edward Abbey)

‘Tell me, sir, what would you do were someone to enter your yard and…’ began the question of the reporter, halted by an abrupt, saliva-laden answer: ‘I’d whack him on the head!’

The ‘sir’ was one of those poor peasants, the prematurely aged barfly, with scant teeth and a meagre body: the always-ready-for-a-quarrel brawler, the type that usually starts the fight and loses it as well. The televised dialogue occurred on the street of a Romanian village around 2006, a few days after then-Minister of Agriculture, Gheorghe Flutur, had publicly pleaded for the enclosure and the protection ‘by whichever means necessary’ of agricultural and forestial properties. Undoubtedly, the voice of the (drinking) people had confirmed Flutur’s ‘foresight’: it did not matter whether the stranger in the yard would have asked for a glass of water, would have been running from an assailant or from a pack of dogs.  Nor did the hypothetical legal mix-up matter, if the innocent refugee, having more sleight of hand, decided to strike back in self-defence when attacked by the owner.

In July 2011, a Romanian newspaper published an interview with the Minister of Agriculture, in which – amongst haphazard considerations on God, poverty and the benefits of GMOs – he advocated the right for peasants to protect their property by shooting thieves, following the American fashion. Since the inner vacuity of many politicians is easily disclosed by their glances, their strut, their wriggling lips and their way of wearing clothes, I did not have high expectations from the two aforementioned ministers, having noticed how peasant shoes too often appeared from under their Armani trousers. Such people, although of rural provenance, seem to have forgotten the specific temperance of the countryside. Shocked by their own political ascensions, they have embraced the capitalist values en masse, oblivious to the irreparable capitalist replacement of value with price; a price which is never too big for a newly-lined pocket, not even when life is at stake.

Time and time again, the primitive exponents of neo-capitalism have extolled the ‘sacred’ private property. Hastily and ignorantly, they have succumbed to an anachronistic concept, cause of the gigantic capitalist crisis that has been panting from 1929 onwards, trying to halt its fatal symptoms either by occupation of resourceful territories, by export of democracy through ‘peacemaking’ warfare or by integration of ‘useful’ countries into ‘panacean’ state unions.

Not missing a chance to grandiosely cross themselves when filmed in churches, peasant-shoe-neoliberals advocate restitutio in integrum and the sacredness of private property only with their own great properties in mind. Concerned with their amassed fortunes, usually torn from national patrimonies (forests, lakes, hunting grounds, oil and mineral resources), such neoliberals dread thieves – like all thieves do – clutching onto their riches just as an anguished, wide-eyed spider would possessively spread his legs over his treasure. Anxious to be able to legally kill any starving lad depriving them of a couple of melons off their grand sacred property, the newly-rich give populist speeches about the peasant’s right to shoot the impoverished neighbour, just as they did when ‘the rights of the people’ were being put forward as veneer for the interest foreign lobby and former great landowners had in large properties being restituted. Thus, while common people age and die during trials for minute restitutions, the magnates thrive. It is through such a mechanism that 100 000 hectares of farmable land in Transylvania are now owned by the descendants of baron Bánffy, that the Retezat Mountains are possessed by the descendants of count Kendeffy, that tens of thousands of forest hectares are now prince Sturdza’s and the examples can go on, as though the Romanians born meanwhile from families devoid of large properties must always till on the former domains, without a right to patrimony and country. Patriots become estranged on home turf, terrorized by laws neoliberals have passed knowing that by giving away ‘the fat of the land’, something would stick under their dirty nails as well. 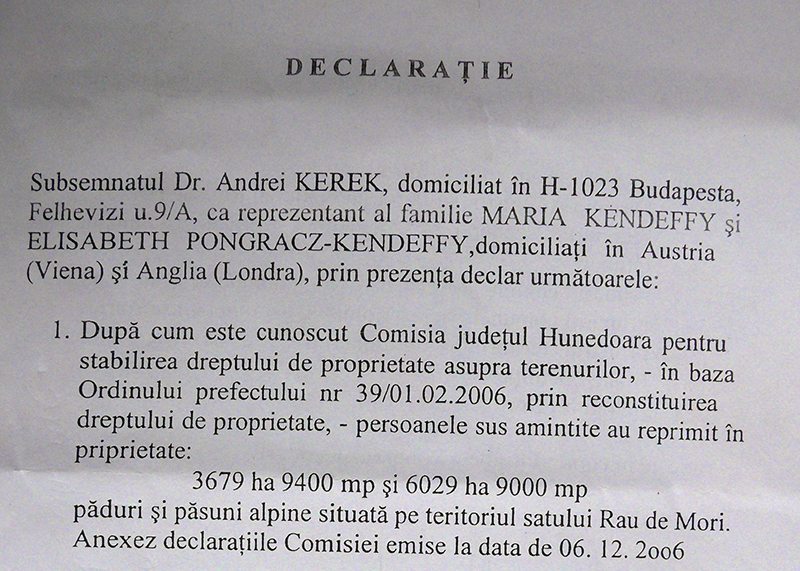 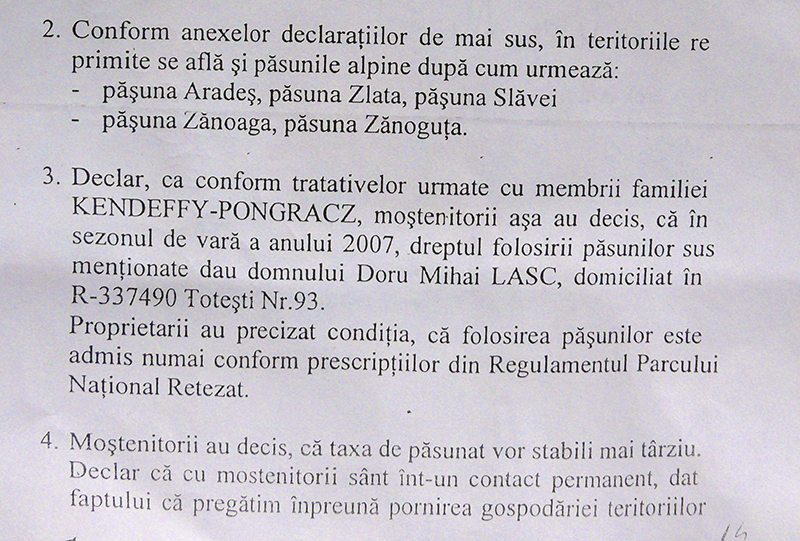 Unlike private property on arable land – which is barren, save for human action – crony possession of natural patrimony – i.e. the great vital ecosystems that are the guarantee of life – represents the darkest side of the Great Globalized Terror, nocuous to whichever country it occurs in and to Earth. Therefore, it is at this time of humanity that planetary patriotism becomes a necessity, since the Terror has started to act upon Life itself. And if a stolen melon gives its owner the right to kill the hungry thief, then it may happen that the destruction of national and terrestrial property – a chopped forest, a mountain river plagued by private hydro facilities – will signify a call to arms for true patriots fighting of greed. Day after day, more and more citizens of the Earth find themselves deprived of the selfless right to find and stroll through a familiar landscape, to feel the seething caress of a trout-filled river or to resonate, in frosty dawns, with the callings of deer nuptials.  This world’s ‘corolla of wonders’ is in dire need of stern defenders.